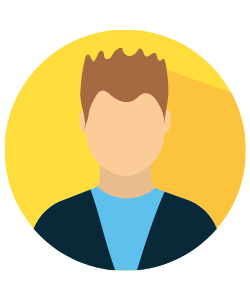 In many work zones, it's common for at least one person to play the role of flagger. The flagger stands with a sign that reads "Stop" on one side and "Slow" on the other and displays the appropriate side toward the oncoming traffic. Having a person serve as your work zone's flagger isn't the only option that you have available. Another option is to use an automated flagger machine. These machines achieve the same goal as a person but do it in a slightly different way. For example, instead of having a "Stop/Slow" sign, these machines typically have a red light and a green light. Here are some benefits of using an automated flagger machine.

A person who works as a work zone's flagger tries to be as visible as possible. Typically, they'll wear a bright orange vest and may use additional garments to catch motorists' attention. It's a safe bet that using an automated flagger machine will be more visible than using a person. Not only are these machines larger and easier to spot from afar, but they're equipped with bright lights. Even a semi-distracted motorist is likely to notice your work zone's automated flagger machine as they approach the area.

The flagger in a work zone has one of the most dangerous jobs, given their close proximity to motorists. This person stands at the edge of the road, which puts them at risk of a car accidentally striking them and causing a serious injury. When you replace your flagger with an automated flagger machine, you'll have a safer solution. In the event that a motorist were to make contact with the machine, this is a better scenario than a motorist running into a person. Job site injuries are costly for companies in a number of ways, and having this machine should lower the risk of injuries.

Buying an automated flagger machine presents your company with an up-front expense, but you may find that using this machine is a cost-effective decision over time. Having this machine means that you'll be able to reduce the number of people you have in your work zone by one, given that you'll no longer need a person to play the role of flagger. When you consider what you've been paying this person per day and then consider how much money you'll save by not having them on the job, you may feel that buying an automated flagger machine pays for itself at some point in the future.

Contact a supplier to learn more about automated flagged machines and other work zone equipment.